Self-financing your own album seems to be the only way to go if your demos don’t get the bite from a label you had hoped for. A lot of bands now are taking the option of doing everything themselves and Here Comes The King is such an album from Avalanche.

The album made it’s debut in ’94, and that can be a long time, but it still sounds quite fresh here and now. It is a very professional release as most are these days, bands seem to have a better idea now about production quality self-released albums, so there is a high standard of album being made available to the public. 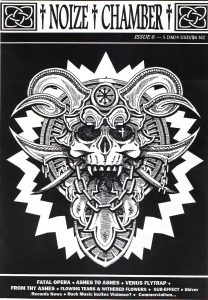 In that respect Avalanche don’t disappoint, but the music is what it’s all about, and the banddon’t disappoint me there eighter. Avalanche play Heavy Metal/Speed Metal in the Helloween, Blind Guardian vein, and with more than a little Judas Priest in there well. Avalanche fit into an established style so comparisons for me keep cropping up in the songs.

Guido’s Vovals are powerfull and as equally melodic, he has a good range and uses it to it’s best effect, comparable to Michael Kiske. There is a lot of interaction between the two guitars, the harmonising and trade offs reminiscent of well known famous duos. The rhythm section maintains a solid base for the guitars to play over and for the most part rumbles like a runaway train. To add the impetus double bass drumming is a predominate aspect in most of the songs. Most of the 13-songs are speed metal numbers, however in between are a couple of ballads and a stylish instrumental called B.W.G. that reminds me for some reason of March Of The Grabs (Anvil – Metal On Metal). Another slower number is the soft Anthem United which sounds like typical cigarette lighter sing a long with the band material.

Here Comes The King is a commercial sounding metal album and with a suitable production to go a long with it. Avalanche are a heavy band, they rock solid, with at times straight forward, but entertaining songs, melodic, but with a power groove. With the pro. quality of this album, the band sounds if they have been established for sometime. A very worthy effort for a band who’ve done it themselve!